A pedestrian looks at "The Collective," a sculpture by Paul Bobrowitz, while walking along East College Avenue in Appleton. (Photo: Dan Powers/USA TODAY NETWORK-Wisconsin)

APPLETON - Sculpture Valley will have an additional 2½ weeks to find a private site suitable for the controversial artwork "The Collective" that currently commands attention along East College Avenue.

Alex Schultz, executive director of the nonprofit arts advocacy group, said he had hoped to secure a private site by this week, but no agreement was reached.

"I won't go into details, but I'll just say it's not for a lack of trying," Schultz said.

"I think that would be about as much time as we would continue to drag this out," Firkus said.

"The Collective" is a sculpture by artist Paul Bobrowitz that is made from salvaged propane tanks that have been turned into faces and assembled to make a large head.

The Municipal Services Committee and Common Council unanimously approved placing the sculpture on public right of way as part of Sculpture Valley's third season of ACREofART, but after the piece was installed, critics asked the city to rescind its action.

Detractors said the artwork is ugly, scary, creepy and incompatible with the surrounding historic homes. Proponents countered that it is delightful, interesting and thought-provoking.

The Municipal Services Committee voted 4-1 on Jan. 13 to rescind the city's approval of placing the sculpture along East College. The council sent the issue back to committee on Jan. 22.

If a private site for the sculpture isn't found and the council rescinds its approval, City Attorney Jim Walsh said Sculpture Valley would be responsible for the cost of moving "The Collective."

"We think the contract is clear," Walsh said. "We think the city has the authority to take the action that's on the agenda this evening (motion to rescind), and the responsibility for payment remains with the applicant." 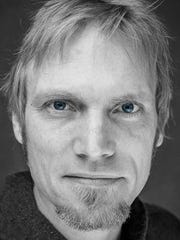 Schultz said he thinks the relocation cost should be paid by the city, given the multiple approvals by city staff, committees and council.

"They voted to place it there," Schultz told The Post-Crescent. "Why is it all on my shoulders, or Sculpture Valley's shoulders? They were just as culpable, probably even more so because they were making the decisions. We were just presenting options. It really feels one-sided."

Thus far, there has been no move by the city to share the relocation cost.

"I would not be in favor of any tax dollars being spent on moving this sculpture," Alderwoman Christine Williams said.

Schultz said if he can't secure a private site for the sculpture, he would ask the council to reaffirm its approval and leave the artwork where it is.

"Sculpture Valley did everything by the book," he said. "We've been through the wringer on this."

Sculptures chosen for ACREofART are funded by sponsors and typically don't involve tax dollars. The pieces normally stay in place for two years and are made available for purchase after that. The asking price for "The Collective" is $20,000.